Exhibitions, a teaching garden, workshops and cultural events make the Museum of Seine-et-Marne, as lively as it is fun…

The Museum of Seine-et-Marne displays tools and everyday objects from the first half of the 20th century, and has a unique and very complete collection on the life and work of Pierre Mac Orlan, a writer who lived and died in Saint-Cyr-sur-Morin.

highlights not to be missed (subject to be change):

• From 13 February to 27 November 2022: Bertrand Flachot, la part du trait: an exceptional exhibition to discover the unique work mixing digital drawing and photography, and installation.
Several activities will be organised in the museum around this theme!

• All year round: educational workshops, concerts, shows and many other events for the whole family are organised!

To know the complete program, do not miss to consult the agenda

Do you know the writer Pierre Mac Orlan (1882-1970)?
His real name was Pierre Dumarchey. The artist had many lives!
Before taking up the pen, he tried his hand at the brush and pencil in Montmartre, although with much less success. He is, however, recognised as the pioneer of comics thanks to his drawings published in various local newspapers.
Pierre Mac Orlan was a poet, journalist, publisher, radio presenter and writer of songs and even adverts for a car brand. He also travelled a great deal.
He left many mystery and adventure novels, such as Marguerite of the Night, La Bandera or Anchor of Mercy. His famous work Port of Shadows (Quai des Brumes) was incarnated in the cult classic film featuring Jean Gabin and Michèle Morgan.

Mac Orlan received many official distinctions. In 1950, he was elected to the Académie Goncourt. In 1966, he was awarded the insignia of Commander of the Legion of Honour by then-Prime Minister Georges Pompidou on the proposal of Minister of Culture André Malraux, whose work was influenced by Mac Orlan.

Although somewhat overlooked now, this unique personality was friend to many well-known icons whom he received, such as Georges Brassens!

He bequeathed his property to the commune and commissioned a group of twelve people — chaired by the mayor, the executor of his will — to ensure the republication of his works and to award an annual literary prize bearing his name to a writer or an artist, preferably an older one, in a difficult situation.

Length: about 1h.
Last admission 1h before the closure of the museum.
Free visit.
Price in addition to the entrance varies according to guided tours, activities and educational workshops. 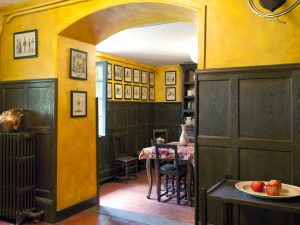 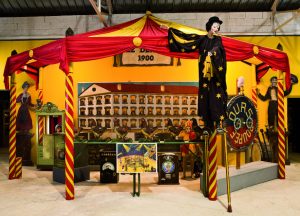