Visit the castle of La Motte Tilly, a fully furnished 18th century domain with many activities, close to Provins!

The present-day Château de La Motte-Tilly was built in the 18th century by the Abbot Joseph Terray, the future Controller General of Finances of Louis XV, as a summer resort, a place for holidays and rest!

Classified as a Historical Monument in 1946 and serving a private residence until 1972, the chateau was bequeathed to the Centre des Monuments Nationaux following the death of the Marquise de Maillé, the last owner, without an heir.
The condition was that it should be kept as it was and that “the visitor should feel a sense of presence”.

As you pass through the various decorated and furnished rooms and the wooded park that has witnessed the evolution of the gardens of great houses, you’ll discover the true life of the Chateau!

Do not miss the news and themed tours of the castle, open to everyone and organised all year round!

The Amis du Château de la Motte-Tilly association regularly hosts concerts in the Orangerie or specific rooms. See their latest news on their website (only in French).

The park of La Motte-Tilly bears witness to the evolution of the gardens of large residences. When it was created in 1754, it was a French-style garden with a regular layout, designed by the architect François Nicolas Lancret with major axes, embroidery, lawn bowls and straight paths.

It will be transformed according to the fashion of the time.
Romantic “Anglo-Chinese” garden, with vast lawns dotted with groves of trees with irregular edges in the 18th century, for a return to a more ordered classical English garden in the 20th century.

In recent years, the park has been the subject of projects aimed at restoring it to its former glory: design of a tilletum, collection of lime trees of different species and origins, and restoration of the bouquetier garden.
In 2010, the tilletum was awarded the “approved collection” label by the Conservatoire des collections végétales spécialisées.

And since March 2011, La Motte-Tilly park has been classified as a “Remarkable Garden“, a high distinction awarded by the Ministry of Culture. It indicates to the general public gardens whose design, plants and maintenance are of a remarkable level, private or public, protected or not as historical monuments and sites.

Finally in 2019, the vegetable garden is restored. In the 18th century, large estates such as La Motte-Tilly were self-sufficient. A 2.5 hectare vegetable garden allowed families and domestic servants to live together.
In 2017, an agreement was signed with the association Chlorophylle de Romilly-sur-Seine. The project consists of setting up and developing a tourist, fun and educational activity around a landscaped area, in the context of a reintegration workshop. The sale of the vegetables produced on site attracts many organic produce enthusiasts every Wednesday…

To experience an unforgettable moment, it is entirely possible to privatize the castle to organize your events or book a personalized visit.

• New in 2022: the Château de La Motte-Tilly is pleased to announce the arrival of a Geocaching multi-cache on its estate. Simply download the “Geocaching®” application on Google Play or in the App Store, and search for the cache with the code GC9JZY6.

• Do not miss the news and themed tours of the castle, open to everyone and organised all year round!

Length: 1 hour.
Possibility of an extended visit of 1h45, on booking 1 month in advance.

Prices:
• Free entrance in the park.
• Guided visit of the castle: 8 €.
• Free entrance for under 18 year olds (in families and outside school groups),  for 18-25 year olds (European Union nationals and regular non-European Union residents), disabled persons and their accompanying person, jobseekers on presentation of a certificate less than 6 months old, holders of the Culture card, ICOM card and Education Pass.

• Twin ticket with the Camille Claudel Museum: 10 € (instead of 15 €), available for 6 months from the date of purchase.

Attention, our friends the animals are not accepted in the monument. 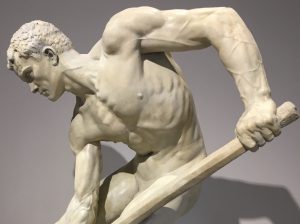 The medieval town
of Provins! 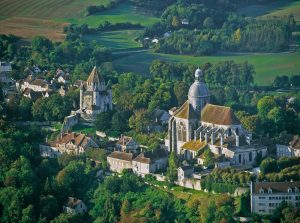